Mexican hands have historically had the ability to elaborate unique objects through ancestral techniques that endure through time. Amate paper, considered the oldest in Mexico, is an example.

In the heart of the Sierra Poblana, in Mexico, the Otomí people of San Pablito Pahuatlán recreate every day the pre-Hispanic process that was used to make this paper that served as a support for the codices and today is one of the main national crafts. Since the Maya ceased to engrave chronological glyphs on the monumental stones, the paper became (with the Egyptian papyrus) the oldest support of writing. When the amate paper acquired a magico-religious meaning, its main function was to honor the gods and participate in this way in the preservation of the power of the rulers.

The Aztecs used paper widely, which they called amatl, derived from the Nahua language, to write the deeds of their heroes and for their religious and sacred rites. Little is known about when the Maya began to make paper, which they called huun. The Toltecs used it from remote times, like other towns of Mexico.

This stage, of maximum profusion in the history of pre-Hispanic paper, changed course drastically from the arrival of the Spaniards. Being its primary interest the looting of silver and gold, the conversion and indoctrination of these lands paper lost its value as a tribute, as an object of commerce and as a sacred element suffered its total devaluation, but it was consigned as a prohibited paper.

The Spaniards carried out a total conquest, destroying gods, beliefs, political institutions and social organization. For them there was only one State and one religion. This destruction was consummated with the burning of the codices that were finally the depository books of the Mexica’s memory: the stories about its origin, the records of battles and heroes, the knowledge accumulated by generations; it was the interpretation of its history, which had to be erased to build the new history of conquest.

Now this custom of the ritual use of paper is still valid in San Pablito, it continues to shape the amate paper and its shamans continue to use it in offerings and rites. The only place in all of Mesoamerica where tradition has been maintained since the third century of our era.

To produce amate paper, several types of plants have been used historically, generally of family moracea and genus ficus, although exceptionally agave has been used called paper of metl. Currently the Liberian fibers of some Ficus and especially of the Jonote are used. The preference for the Jonote is because it is a tree of easy location, rapid growth and can be used all year round. 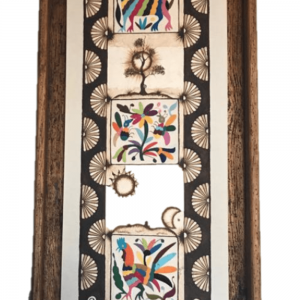 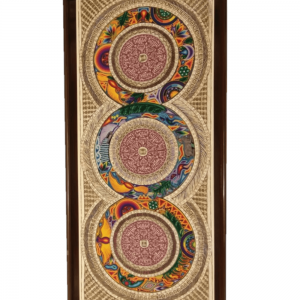 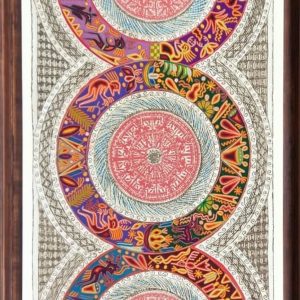 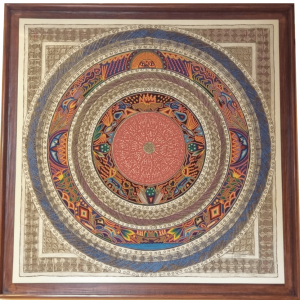 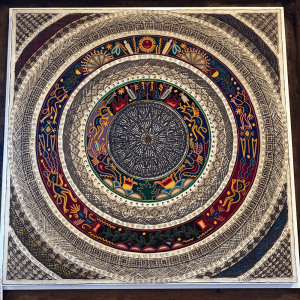 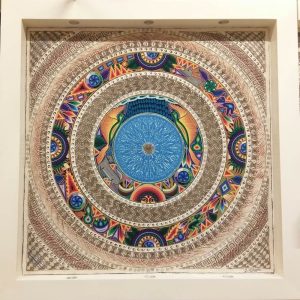